Mark Butler is an expert in organisational strategy, governance and change.  He calls on over 25 years’ experience as chair, chief executive and director in health and social care, in the arts, in higher education, and in senior government roles.

After an early career in the NHS, including four years as a hospital chief executive, Mark joined the Scottish Government to lead on public sector change, pay reform and organisational development.  For four years he was Director of Human Resources for the NHS, and subsequently joined the First Minister’s Performance and Innovation Unit.

Mark left the Civil Service to join the University of St Andrews as its Secretary and Registrar.  In 2008 he set up The People Organisation Ltd, which provides services including strategic change, mediation and public engagement to help individuals and organisations resolve complex cultural problems in the UK and internationally.  A year later he co-founded Fontis, a social enterprise championing public involvement in public services, which he left in 2011.

Also in 2011, Mark started working with GGI as an independent advisor and began a close association with Edinburgh Napier University Business School that continues to this day.  In 2012, he joined the UK Pay Review Body for Doctors’ and Dentists’ Remuneration, a three-year appointment. 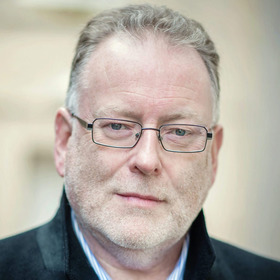 Apply for this role

Please submit an up-to-date CV of no more than 3 pages together with a covering statement to spike.smilgin@good-governance.org.uk

Closing date:  Midnight 9th February 2020
Assessment days, including interviews, will be held on the 19th and 20th February, at the GGI workspace in London. Shortlisted applicants will be invited to the assessment and interview on one of these dates

If you have not heard within 7 days of the closing date please assume you have been unsuccessful.

Our values, policies and practices
We take our values seriously and are committed to a code of ethical practice which the successful candidate would need to embody. We promote equality, diversity and inclusion through the way we work and in our workplace. Our commitment is to operate at all times in full accordance with the best employment practice and always irrespective of age, disability (including hidden disabilities), gender, gender identity or gender reassignment, marriage and civil partnership, pregnancy and maternity, race, religion or belief, or sexual orientation.