Christopher joined GGI as a Researcher in October 2013 and has since risen to the position of Consultant.

Whilst at GGI, Christopher has worked on several major projects with NHS Trusts and CCGs. He has supported some of GGI’s most sensitive and high-profile assignments including a number of whistleblowing investigations and a national programme of work conducted with NHS England to improve good governance in CCGs.

He is also the author of several publications including recent guidance on risk management within the NHS.

Christopher completed his first postgraduate degree in Applied Human Rights at the University of York in 2013. He is currently studying for an MSc in Health Policy at Imperial College London where his research focuses on the propensity of smartphone apps to support the self-management of type 2 diabetes in adults.

Outside of work, Chris enjoys running and recently completed a half marathon with several colleagues at GGI. 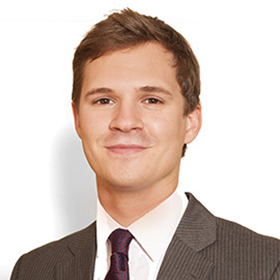