Cedi is chair of North Middlesex University Hospital NHS Trust, which serves a population of 350,000 people across the diverse London Boroughs of Enfield and Haringey and employs 3,600 staff, of whom over 63% are from a BAME background.

Cedi has enjoyed a 40-plus-year career in the public, not-for-profit and private sectors, including 25 years at CEO level as managing director of a BME housing association, 12 years as chief executive of a London-based, multi-regional charity that supported people with learning disabilities, autism and mental health problems, then over five years as chief executive of a charity employing 2,500 staff caring for and supporting more than 3,000 people a year through its older people, children, young people and families services.

He has more than 30 years’ experience as a non-executive director on the boards of NHS trusts, housing organisations, national and international charities and voluntary organisations, universities and sporting national governing bodies.

Cedi is the owner and managing director of Article Consulting Ltd, established in 2016 to work with leaders by supporting their thinking, planning and resilience. He is also a certified personal performance coach and describe himself as a strategic coach and results mentor.

Cedi is a former England men’s international basketball player and coach, and has been named four times as one of Britain’s 100 most influential black people. He was described as an ‘…unsung hero of the third sector, who has changed as many lives in his life outside work as he has in his job’. In 2015, Cedi was recognised as one of the ‘1,000 Black & Asian Heroes 1950-2010’. 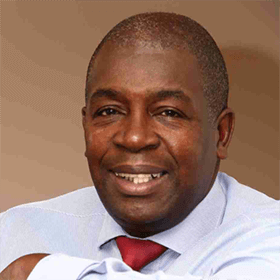